After several failed attempts blocked by weather or laziness, we finally made it out to Goodfield/Deer Creek to shoot in the tunnel.  Of course, we waited until the first cold snap of the winter… it was 19 degrees outside.  We each drove a vehicle: Jon and Frank in their trucks, and Carrie and I took the Jeep, which was an adventure in itself taking it on the highway.  We arrived and it was dark.  As we pulled into the tunnel I saw there was a lot of running water.  On the other side, it felt slick as we turned out of the stream and back onto the dirt road, but I didn’t think much of it at the time.

It had been dry for the better part of a week and none of us were expecting that much water in the tunnel, which also acts as a drainage canal under I-74.  I was not ready to ask Jon and Frank to ruin their suits by running through the water, but decided to walk into the tunnel to see how deep the water really was.  I took a flashlight and walked along the dry concrete on the sides of the stream, outside the tunnel.  I got about 15 feet back and decided to step into the water, which didn’t look that deep.  As soon as I put my weight on that foot, it slipped out from under me and down I went into the icy water.  You couldn’t see it, but ice covered the concrete bottom of the tunnel under the water.  I quickly tried to scramble up before my coat got soaked but went down again before I could get back up.

I was now very cold and very wet.  The rest of the crew heard me fall and were stifling laughter as I trudged back to the vehicles, soaked.  We decided to simply (and quickly) shoot the Jeep driving out of the tunnel, without any running in the water.  We got the camera set up on dry ground at one end with Jon’s truck headlights lighting the end of the tunnel and shot two takes before loading back up for a cold drive home in the Jeep.  By that time, my pants had begun to freeze.

Of course, no shoot would be complete without mechanical failure of some kind.  This time it was the Jeep’s alternator.  The voltmeter in the cab was reading 10.5 volts and the headlights looked yellow, so we decided to head straight home and hope for the best.  As it turned out, the alternator was only partially dead, so the voltage never dropped any lower and Carrie and I made it back to Bartonville safely. 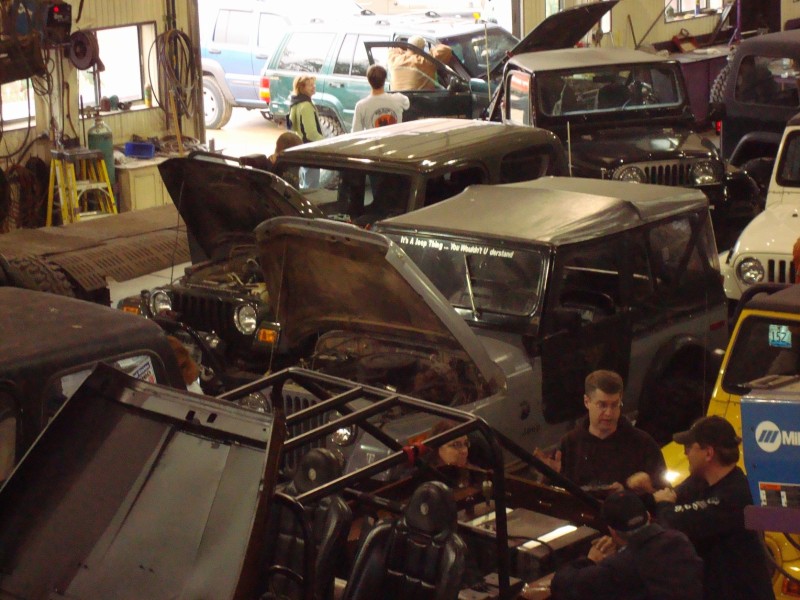