Before I get into the first production log entry, I’ll give you a little background.

“Back To The Future” was a great idea from the get-go, but the complexity kept scaring us away.  The first time we talked about the idea was in the spring of 2006, on the heels of our first movie-based parody, The Offroad Warrior.  Daren and I did a “pitch video” for Jon that included possibilities for two other themes as well.  The other two  ideas were never used, so they’re not included in the clip below (we might still do them someday) but it’s interesting to see the similarities and differences between our original pitch and the way the video actually turned out.

Fast forward four years to June of 2010.  Jon, Frank, Daren, and myself and Carrie met at Frank’s house and watched the movie.  We discussed which scenes we might do and how we would adapt it for the MIJC.  Although we had plenty of time and good weather left in the year, Jon and Jill’s wedding (and preparations) made it impossible to  do something of that magnitude.  In September we shelved the idea in favor of doing the Mythbusters parody (Jeepbusters), which was much less effect-intensive and easier to shoot and edit.  And that video turned out great in spite of a cold-weather start… although there is sadly no production log from that year, I’m pretty sure shooting didn’t start until late November or early December.

Anyway, the third time’s a charm.  The real production log starts with the following entry:

Frank, Jon, Carrie and I watched Back To The Future and roughed out a series of scenes we thought could plausibly be shot.  This viewing went far better than last year’s, and we got a lot of things pretty well nailed down.  Instead of approaching it as creating a full story based on the movie, we simply picked highlights we thought we could shoot.  The movie is so well known that people will understand the rest of the plot without necessarily seeing every scene.

So what we ended up excising were all the scenes dealing with the setup before Marty goes back, along with everything referring to Marty having to get his parents back together in 1955.  That gets it down to a simple set of scenes where Marty meets Doc at the mall, goes back to 1955, talks to 1955 Doc about getting back to 1985, then goes back.  Should work fine for our purposes.

Action items were to start procuring props and other equipment, work on a script and shooting order, and determine shooting locations.  Jon is in charge of locations, as usual.  I think we’ll be calling in some favors down in Carlinville.  We’ll also need to start fabrication on my Jeep to turn it into a plausible time machine.  The hardest part will be fabricating the large vents on the back as well as making a flux capacitor, although there are plans for that easily found on the net.

Casting so far is Daren as Marty McFly, Frank as Doc Brown and possibly Joe Gibbens as George McFly in a very brief scene.  Dan Brown will hopefully play “Old Man Peabody” whose barn is crashed into by Marty in 1955.  I’m sure we’ll need others.

I’m looking forward to getting an early start this year. 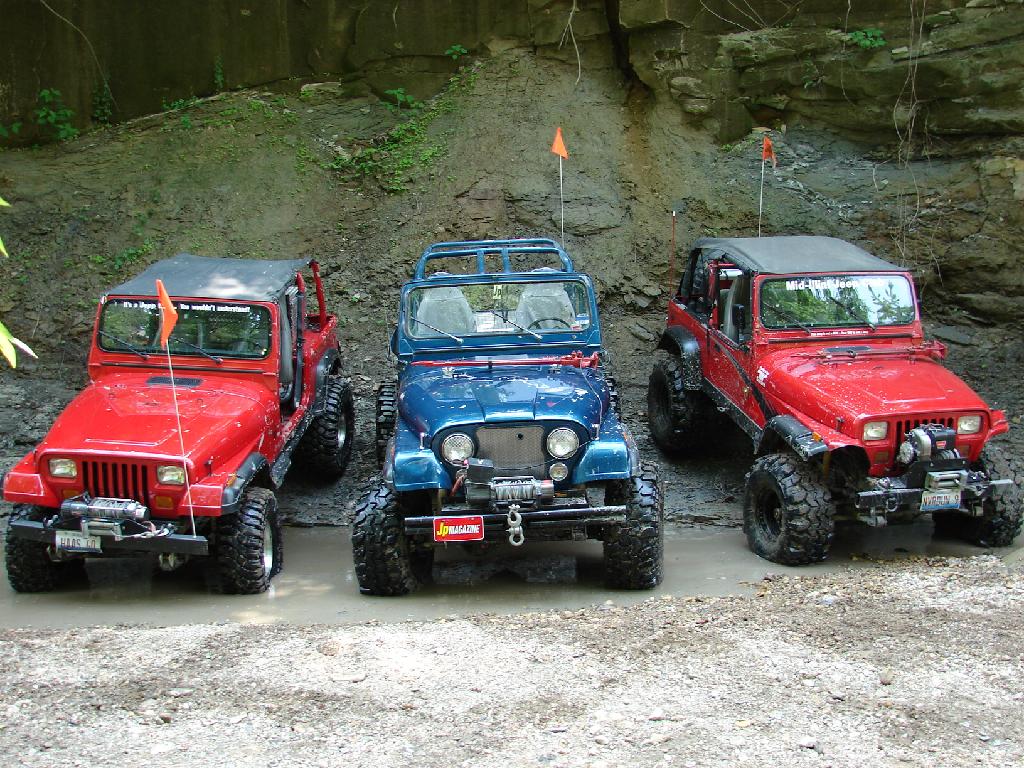