Got LOTS of stuff done this weekend.  On Friday I shopped for the raw materials I would need for doing the “time machine conversion” on my Jeep.  On Saturday and Sunday I painted parts, worked on the flux capacitor and bent up the electrical conduit for the “conductor” (for lack of a better term… it’s the material that follows the contour of the rear of the vehicle; it lights up when the time circuits are activated).  It was quite a job bending the pipe and getting the two pipes to contour the same line.

The flux capacitor uses an off-the-shelf circuit breaker box, some sheet metal, spark plug wires, and some VHS video heads.  I’m still waiting for the LED chaser lights I ordered to create the light-up tubes inside.  I did install the LED rope light on the conductor and that looks pretty cool.  I’m still debating on what material to put on the front of the light.  I bought some decorative perforated aluminum sheeting but I think that might block too much of the light.  I’m also considering a double layer of regular window screen too.  I’ll do some simulations and see which one I like.  If I don’t have to cut into that decorative aluminum that would be good… that stuff is expensive!

I also made some really cool capacitor banks for the sides of the Jeep.  They’ll sit on the rear fender wells and will look similar to objects found on the real DeLorean.  I made the “capacitors” from 2” PVC pipe sections, some electrical conduit clamps I found in the trash at work (plus a few hose clamps), and some big PVC caps painted silver.  The tops of the capacitors are electrical knockout panel hole fillers with some ¼” bolts mounted in them for terminals.  All the wire was from my junk drawer.  I think the really thick stuff was from when I moved the solenoid pack for my winch under the hood.  These things turned out REALLY cool and cost just a few dollars to make.  I considered buying real capacitors online, but even used ones were $15-20 apiece.  These will look just as good on camera. 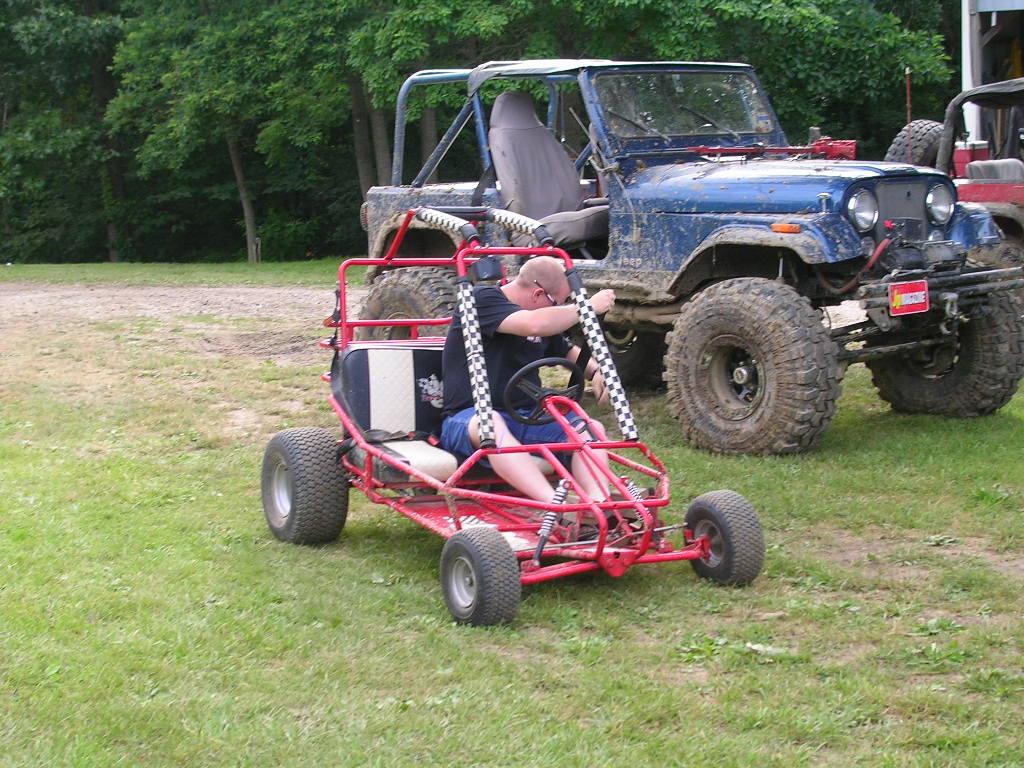