Ah, the first one I did.  To understand how far we’ve come, one must appreciate where we’ve been.  In lieu of doing a box set, which Jon and I will likely never have time to do, I decided to jot down some of my memories from each video.  Enjoy the read.  At the bottom of this page you’ll find a player to watch the video.  Extra features, longer highlight reels from the trips and production photos can be found on the DVD’s, which are available from Jill Martin.

The 2002 “video” was apparently a PowerPoint presentation… a bunch of pictures with captions by John Bruder.  A good idea at the time, but in practice, the size of the PowerPoint file proved to be too much for the laptop it was running on at the banquet.  It crashed frequently and as I understand it (I wasn’t there) was quite long.  Jon Martin and Daren Cordell approached me about doing one “that wouldn’t crash”.  I suggested editing  a video that would play back from a tape instead of a computer.

Daren and I started production on the loose theme of a Dukes of Hazzard parody, using clips from The Great Bikini Off-Road Adventure as interstitial elements to break up the Jeep photos.  This horrendous B-movie from 1994 prominently featured a number of CJ’s, a fair amount of skin and a LOT of bad acting.  Incidentally, we intentionally left Jon out of the production work so that we could make the topic of the piece a surprise.  We figured Jon as our test audience: if he was entertained, everyone in the club should enjoy it.

The open was shot in Bradley Park on a cold day late in 2003.  It didn’t take long… we did some drivebys with Daren, then daringly had him drive over the camera to mimic a jumping shot.  I remember both of us being worried that he’d hit it somehow, even though there was quite a bit of clearance.  The rest of the open footage of the officers was gathered from event footage and photos, mostly from our trip to Fulton, Missouri.  I remember having to really search for photos of Ken Peryam and Dave Stiles; we used the only ones we could find.  Leading off the open is the MIJC version of the classic spinning “Special” logo that CBS used to use in the 70’s and 80’s.  I made this from scratch when I worked at WEEK-25 and re-purposed it for several MIJC videos.

For the first few years, I wanted to keep the video clips separate from the photo montages.  Looking back on it now, I’m not sure why.  It just makes the video longer and it slows the pace down.  In this one, all the video clips are taken from that Fulton trip.  Some are captioned because we wanted to make sure people could understand what was being said, and the sound wasn’t that great.

The Lego animations were done by me and my friend Andy Boyer.  As I recall, we had done the pieces earlier and I decided to use them as part of the banquet video as “commercials”.  In original televised Dukes of Hazzard shows, every time they would go to a commercial, the action would freeze in a cliffhanger, with “The Balladeer” (the narrator) making some kind of remark as the music swelled.  We tried to duplicate that with the Fulton footage, with John Bruder as The Balladeer.

The voiceover on the commercial bumper was courtesy of my brother Andrew, who at the time was working at the NBC affiliate in Boston.  I don’t remember if this was one of their voiceover guys or just one of the news anchors.  I think it was one of their anchors.

The funny thing about the songs we used is that I literally just got on Napster (popular music-stealing program of the day) and typed in keywords like “country” and “bluegrass”.  I eventually chose these three songs and to this day I have no idea what the names of any of them are.  They fit the style of the crazy chase music they used in The Dukes Of Hazzard so that’s what we picked.

UPDATE 7-10-11: Thanks to technology, I’ve finally identified the nameless bluegrass songs.  I got one of those smartphone apps that lets you identify a song by listening to it, and came up with the names.  All three of them are by John McEuen off 1991’s “String Wizards” album.  The first song is “Tall Timber”, the second “Shuckin’ The Corn”, and the third is “Fireball Mail”.

The credits and open both use the “freeze credit” style that a lot of shows in the 70’s and 80’s used… show some action, then freeze it and put their name over it.  I remember putting a fair amount of time into finding an instrumental version of the theme to use at the end.  The end of the credits features a crazy clip from the Bikini Off-Road Adventure, Roscoe P. Coltrain’s signature giggle, and the CJ Productions slide featuring a photo of my dog CJ… the slide and the audio were based on the actual closing credits of the Dukes Of Hazzard, which was produced by Ubu Productions (named after another dog).

At the very end is a parody of the old Paramount TV logo.  This was the first of many studio logo parodies to be done in the years to come.

That’s about it… the video was a big hit, and it didn’t crash. 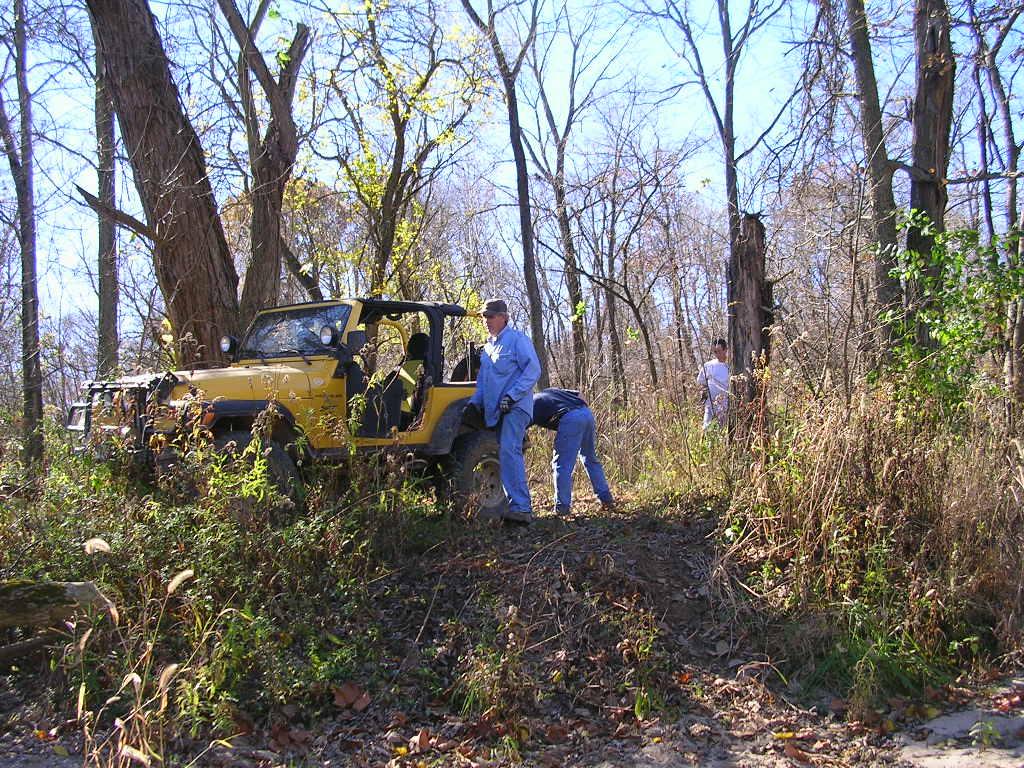