Coming off 2003’s Hazzards of Jeeps, Jon, Daren and I brainstormed other TV shows from our childhoods and easily came up with The A-Team, conveniently altered to The J-Team for the 2004 video.  Here are my memories of the production.

The video leads off with a short animation Daren created mimicking the Dolby THX logo, using the same sound.  The recycled spinning “Special” animation leads into the open, which was done in the same style as the original A-Team open.  Part of the footage in the open (with John Bruder and I peering underneath a Jeep) was originally shot for Bob Jacobs’ “Postcard From Home” on the club.  The aerial shots of Peoria were <ahem> borrowed from WEEK-25.  The voiceover was again supplied by my brother, working at the NBC affiliate in Boston.  I vaguely remember having to cut several versions of the music together to get one that I wanted that did NOT have the original A-Team voiceover on it.  I also had to loop enough of the intro instrumental to go under our version of the voiceover.

There are some good “money shots” in the open, including Fraser’s spectacular tire coming off the bead in Fulton.  Like the Hazzards of Jeeps open, the original A-Team open  (and many 70’s and 80’s shows) we used the “freeze credits” style, where you show some action, freeze it, and add the graphic over the top.  I particularly like the shot of Jon watching Mark Lynn get stuck in Rockport then looking at the camera, and I started making a point of getting similar shots of Jon and other officers throughout the year on the trips so that I’d have good open and close footage.  I didn’t have any good shots of Jerry Osterdock, so we used an x-ray we found on the internet with a horrible hip injury, as Jerry had just had hip surgery.

The end of the open features Jon’s cousin Dave wrecking a CJ-7 while attempting a massive jump, which is similar to the closing shot of the original A-Team open.  It’s a pretty spectacular shot.

As discussed in the 2003 writeup, the J-Team also has the video highlight sections separated from the photo montage music videos.  The first of these in Fulton features an in-depth look at what happens when your motor mounts fail when your fan is mounted too close to the radiator, courtesy of my own vehicle.  There’s also some footage from a small camera mounted to the front of the Jeep which was reasonably cool.

Certain quotes from these videos become immortalized by some of the members.  The ’03 video had “PULL THE LEVER!”.  The ’04 has “I can’t steer!” courtesy of former member Sean Scheeler as well as “OOOOOOOH!  NOT GOOD!” by my friend Kevin Reynen who was running the camera.  It sounds even funnier slowed down, and that audio makes many appearances in future videos.

Since The A-Team was an 80’s show, we picked all 80’s music for the photo montages.  I don’t entirely remember who was responsible for suggesting each song, but we agreed on them as a group.

The KLAP spots were truly masterpieces.  They took days to edit each one, as all the graphics had to be hand-made and animated.  The voiceover was again provided by my brother, and the guy really gave it an over-the-top read.  The idea of the KLAP, which was a radio station that played only songs with hand claps, was conceived around a campfire at Summer’s campground in Attica, Indiana while listening to a station one of our neighbors was playing.  They played a bunch of songs in a row that all had hand claps, and thus The KLAP was born.

Although the first KLAP spot was all homemade, the background of the second one was mostly made up of test animations we grabbed from the extra features on the Tron DVD.  Jon said he thought they always looked like they should be a radio station ad.  I remember that we wanted that specific picture of Steve Vohs, so I e-mailed him and asked him to send a copy of it, “no questions asked”.  Steve willingly complied.  My favorite part of the second KLAP spot was the “Headphones Only” animation, with the pulsing headphones on Steve’s head.

There’s a sponsorship slide for Pam’s Diner, which was a little place in the very small town of  Pleasant Hill, Illinois up the road from the Rockport Off-Road Park.  Back when the park was open, we used to camp in Pleasant Hill and eat breakfast at Pam’s, which sported very salty bacon and a puzzlingly-spelled sign boasting the availability of “Ho-Made” tenderloins.

I remember sitting with Jon working on the montage for Kenny Loggins’ “I’m All Right” and he asked if I could make it more like the beginning of Caddyshack, where the sound of the sprinklers turned into the start of the song.  We dug up a copy of the movie and pulled the sound from it, adding it to the end of the Rockport highlights where Jon, myself and Tom are bouncing up the hill.

Trivia note that I remember learning while working with that song: Eddie Money sang a short backup singer line in the middle of the song (right before the license plates appear).  He was apparently recording in the same studio and got tapped by Loggins to sing that short line.

A short section of The Pretender’s “Chain Gang” was used to throw together some photos from the first trails being cut at what is now Duke’s Off-Road Ranch.  The rusted-out J-truck with the emergency light on top eventually morphed into Fraser’s massive green J-truck with the addition of a LOT of parts from several other trucks.  You can also see people going through Satan’s Crack for the first time.

The credits are done in the same style as the open, introducing the officers for 2005.  The two parodied logos are the Universal/MCA Distribution logo (done by Daren) and the Stephen J. Cannell logo (done by me), both popular in the 80’s and both found at the end of an A-Team episode.

That’s about all I remember… enjoy the video. 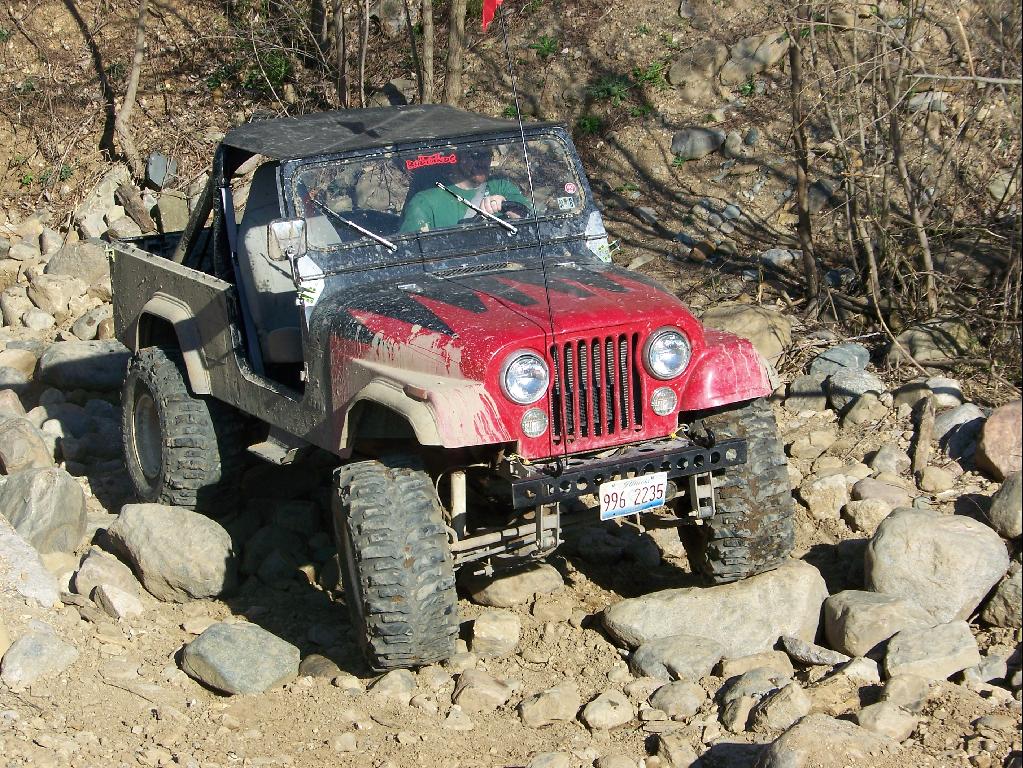