4:45am comes awfully early.  We opted to leave early so we could get up to Joliet before the road outside the prison got too busy.  Jon, Carrie, Frank and myself left Frank’s house (with the Jeep in tow) by 5:40 and arrived at the prison around 8.  We quickly unloaded the Jeep and got to work shooting the scenes where we would be blocking traffic in the road.  It took a few takes to get one that had the correct timing and action, as well as no traffic passing through on the road.

We had several people honk at us, and one person slowed down to take a picture of us (they also ruined a take).  But my stomach really sank when I saw a uniformed officer pull into the parking lot as we were setting up for the shot where Frank pulls up in the Jeep.  But the officer (a guard at the women’s prison down the road) simply waved and drove past us, into what is apparently the rear entrance to the other prison at the back of the parking lot we were using.  Soon after, a second officer turned in and this one rolled down his window and asked if we were “going to be here Monday as well”.  We said no.  “Oh, you’re just taking some pictures?  OK.”  He went on his way.

So it would appear that this is a somewhat regular occurrence around the prison, and the policy is not to hassle people who are not actively causing a problem.  In fact, since the last time we were at the prison a few months ago, the parking lot for the main building had been spruced up with landscaping and displays with information and photos from movies and TV shows that were shot at the prison, so it would appear that they are encouraging people to stop and look around.

Once we got the shot with Frank and Jon hugging in the street, the rest went fairly quickly.  We shot the drive-by at the corner, the reverse shot of Frank getting out of the Jeep, and the camera-mount shot of the brothers turning the corner at the far guard tower.  After that we took a number of portraits in the parking lot for DVD menus, then loaded up and left.

Upon our return to Peoria, the weather was so nice that we decided to finish shooting the “drive-by” shots near Peoria landmarks.  So we met downtown and knocked all those shots out, then went back to my house and did the  close-ups of Frank’s fingers in the garage.

We were so excited to see the shots in the context of the open that I got to work right away capturing and editing them.  It’s amazing to see it all take shape.  Now I just have to cut out 156 frames of Jon in front of the open prison gate, by hand. 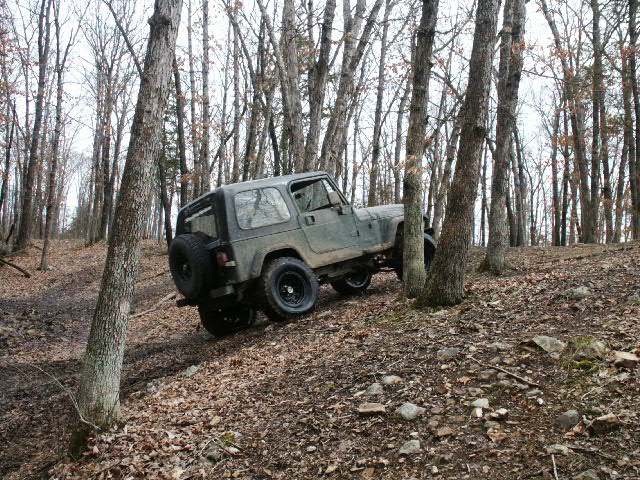