Today Jon and I made a camera mount for a fullsize video camera that mounts to the passenger or driver’s side rocker panel (the door must be in place), or to the front bumper for a shot from over the hood.  Jon and I combined our ideas to come up with a mount that clamps onto the 1-3/4” tubing present in all three locations using exhaust clamps.  It’s easy to swap to all three locations and does not leave anything hanging off the Jeep when it’s removed.

The genius of the mount is that we used the old flex plate and ring gear assembly taken off my 6-cylinder motor.  The flex plate was OK but the ring gear was trashed, so it wouldn’t have been reusable on a motor anyway.  This provided the flat surface which we mounted the camera to.  The rest of the rig was made from scrap steel we had lying around, so the total cost was about $5, the cost of the two exhaust clamps.  The whole assembly is incredibly stout and I’m not at all worried about losing the camera.

We took the Jeep for some test drives with the camera mounted on the passenger side and also the front, and also tested the audio pickup using lapel microphones while driving.  My initial concern was that the tires and exhaust would be so loud that you would not be able to hear the people talking inside the Jeep, even though both Jon and Frank would each have their own mic.  We were even talking about swapping tires out to some all-terrains or something else that wouldn’t have as aggressive a tread as the Boggers on my Jeep do.  Turns out that although it’s noisy, it’s easy to hear what the people are saying on the tape.  The noise that you DO hear just adds to the atmosphere of it being a Jeep.  Surprisingly, wind noise was not really a factor.  Having the doors on (which we will during the shoot) will help block the wind even more.

With the side mount, vibration was not much of an issue.  What little there was looked normal and natural.  The front mount seemed to have more bounciness, so we may need to use some additional ratchet straps and perhaps fabricate a standoff to help keep the bounce out of the camera.  I don’t mind a LITTLE shake; what we have is not horrible but we can improve on it.

For now, the paint is drying on the camera mount parts. 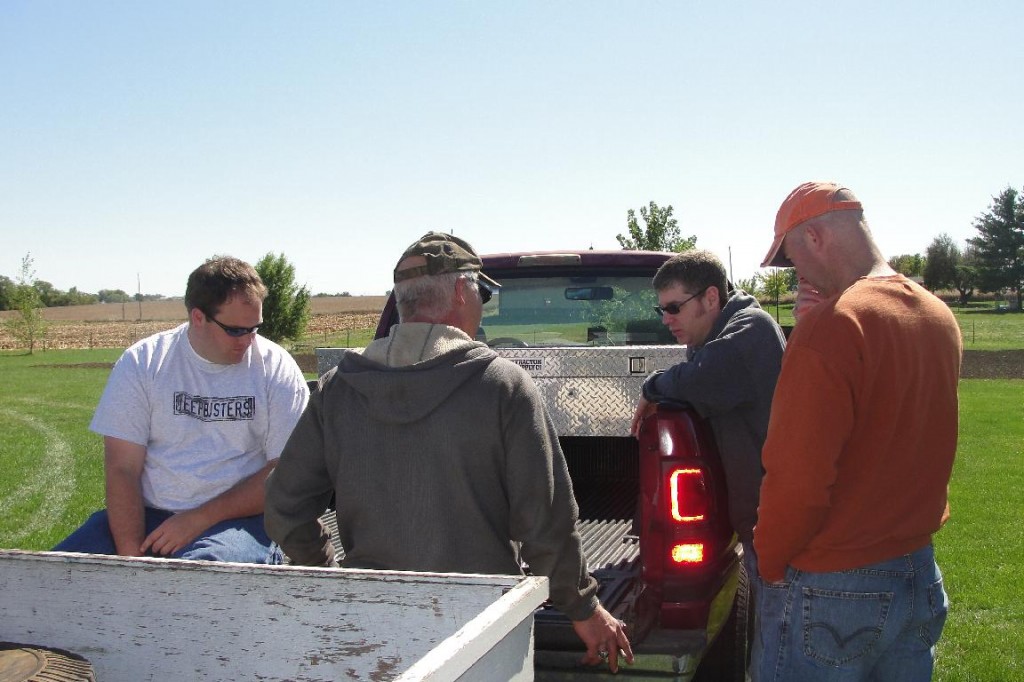