Tomorrow my buddy Scott Cavanah from Bradley University is coming over to shoot some high-quality portraits of the Jeep… I can’t wait to see what he has planned.  But today I needed to do the final assembly of all the components.  This is the first time everything has been installed together.

I started by washing the Jeep and removing the spare tire and jack, then added all the pieces I’ve fabricated over the last 5 months: the vents, reactor, flux capacitor, control panel, and light bars.  The fire extinguishers I normally carry on the roll bar had to be removed, but Carrie came up with a great idea to put the giant hoses feeding the vents into the fire extinguisher mounts.  Since the hoses are roughly the same diameter as the extinguishers, it makes the mounts look like that’s exactly what they’re there for.  Total assembly time was about 30 minutes.

Next were a few things I knew I wanted to do from the beginning but had never mocked any of it up: installing some dummy wiring running along the sides of the Jeep.  I got out all the old connectors and wire I had been scrounging from various sources and ran some outside and some inside the Jeep.  I even found some conduit parts to make it look like the wires were feeding into the front light bar.

Last, I had to electrically wire up the strobes behind the seats.  Unlike all the fake wiring I had just been doing, this required making actual connections.  The strobes and light bars are all wired into a single switch in the dash.

The final product looks pretty impressive.  It’s all ready for the photo shoot. 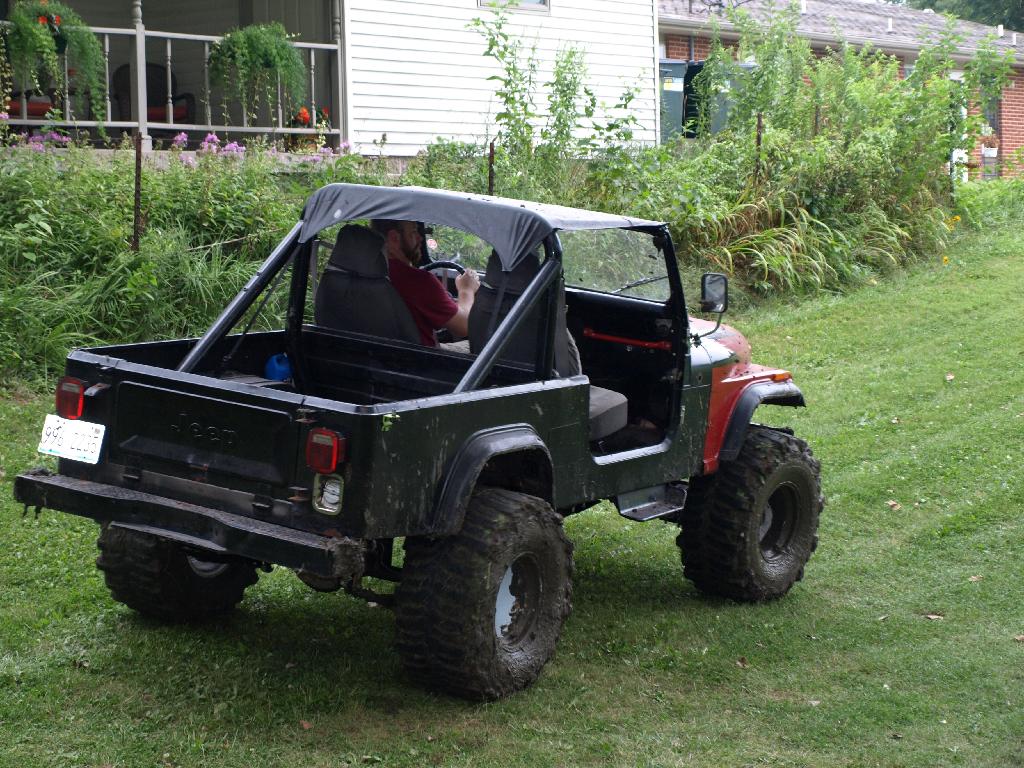