I borrowed a little time from work today to work on “the time circuits”… some old camera control panels that look techy enough to be the controls for a time machine.  The panels are from a studio camera from the mid-1970’s and would allow a camera “shader” (someone who manually matches multiple cameras to each other) to adjust the exposure, color balance and other parameters of the camera’s image from a remote position.  The camera is long gone but I kept the control panel because it looked cool.

Trivia note: The camera system would have also originally had a 6-foot equipment rack full of power supplies, encoder boards and other equipment to make the camera work.  Although solid-state (non-tube) equipment was common by the 70’s, miniaturization of electronic components had yet to be developed, so everything took up a lot of space and generated a lot of heat.  Tubes were still used in the actual image pickup portion of video cameras well into the 1980’s before microchips were finally developed enough to take their place.

Jon had an idea the other day to make the buttons light up for additional realism, so I figured out the voltage of the lamps (24 volts, if you’re keeping score), hacked into the wiring a bit and got them working.  I actually wired power to the buttons themselves so the lamps can be turned on and off, so they can look as if they are doing something.  Most of the lamps were burned out, but I found some spares in some other old TV equipment I had lying around so all eight of them work now.  I guess it pays to keep everything!  Now I’ll just need to make a frame to hold them somewhere in the Jeep.

I tried the lamps at 12 volts, hoping to run them directly off the Jeep’s electrical system, but they were too dim.  So I found an old printer power supply at work that produced the necessary 24 volts from standard household current.  I’ll need to have a 12vdc to 110vac inverter on board anyway for some other equipment related to the “time machine conversion”, so this will just be one more thing to plug into it. 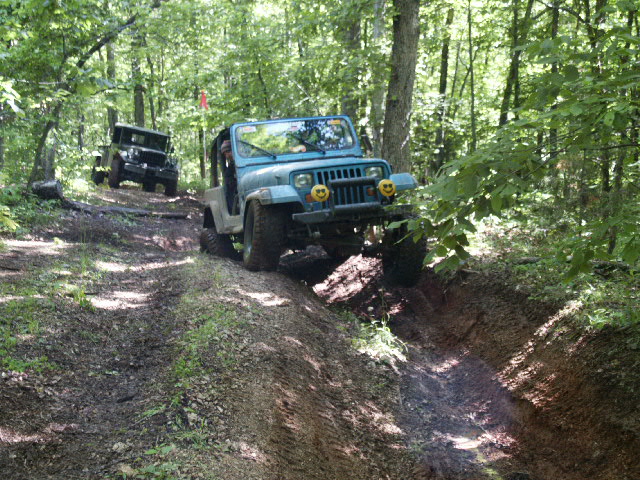