As Jon indicated, there are some proposed bylaw changes that will be discussed at the December meeting. Below is the text of those changes. The intent is two-fold. First, in order to ensure officer positions are kept filled, the two-term limit will be removed, but it will be done in such a way as to not exclude potential new officer candidates from participating.

Second, bylaw changes are currently extremely difficult; the soonest any of these proposed changes could be implemented is February. This process was originally written in an era when the internet was not quite commonplace, and we were very reliant on the monthly meetings as a way to voice opinions to the group. I'm sure the Founding Fathers wanted to make sure that any proposed changes were given a proper shakedown. Frank and I left that language alone for the most part in the last big revision we did, only clarifying the timeline of the process. The proposed changes below would make us quite a bit more agile, taking advantage of this forum as our virtual meeting/discussion place.

Our bylaws can be read in their entirety here, to give these excerpts some context if needed.

1. An officer may serve in the same position for as long as he or she wants to; the club cannot compel him or her to serve.
2. Any officer may resign from their position at any time, for any reason. In the case of a resignation, a special election will be held as per Article 10, section G.
3. After serving two consecutive 2-year terms in the same office, if there is one or more challengers for that position at the regular appointed election interval for that position, the incumbent officer shall step down. The election for that position will proceed among the remaining candidate(s) normally as per the rest of Article 10.


Article 12, governing amendments to the bylaws, is currently worded as follows:

A. These by-laws can be amended by a 2/3 majority vote of the membership present for the vote. Any amendment to the bylaws must be presented to the membership at a regular Club meeting.
B. Amendments to the by-laws shall be started with a motion from the floor, followed by a second. The person or persons presenting the motion must then submit the proposed changes in writing to members for consideration. The proposed changes will be published on the website either prior to or on the day of the meeting during which they are proposed.
C. At the next Club meeting, following the meeting during which the proposed amendments to the bylaws were presented, there will be open discussion amongst the membership regarding the proposed and any further changes to be incorporated into a new proposal.
D. Votes on bylaw changes will be taken at the next regularly scheduled meeting following the meeting where the entire membership discussed the changes; the vote will occur at the second meeting after the original changes were proposed. The changes to the bylaws can be voted on whole or item-by-item. The president, or highest-ranking officer, will determine the means of the vote.

A. These bylaws can be changed by a 2/3 majority vote of the membership present at any regular meeting. The changes to the bylaws can be voted on whole or item-by-item. The president, or highest-ranking officer, will determine the means of the vote.
B. Proposed bylaw changes will be posted on the club website and forum for a minimum of 21 days before a vote takes place.
C. Discussion of the changes on the club’s online forum, along with discussion at the meeting before the vote takes place, shall be allowed and considered. Any club member at the voting meeting can propose that a vote should be delayed in order to make more modifications; this proposal would need to pass by a simple majority with the members present at the meeting.
D. (section D removed) 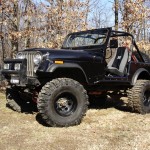 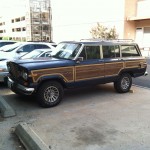 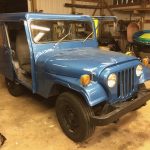 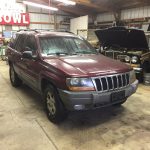 Dave....Thanks for all your work on this
Top

As per the February meeting minutes, these changes have been rolled into our official bylaws.

Return to “The Back Room”