When Daren, Jon and I discussed ideas for the next MIJC video, Daren pushed for doing a movie parody instead of another TV show, as we had already done in the ’03 and ’04 videos.  Now I’ve always liked the Mad Max movies (Mad Max, The Road Warrior and even Mad Max Beyond Thunderdome, despite the fact that it didn’t have many car chases).  Actually I have a soft spot for all “post-apocalypse” genre movies, even box office bombs like Waterworld.  So when it came to choosing a movie to parody, Mad Max was an easy answer.  And with the added benefit of having a prominent black car, it is the first movie we did that featured my Jeep as a “character”.

I actually initially resisted the idea of parodying a movie, with the argument that doing a TV show easily lends itself to doing commercials between the music videos.  Daren talked me into it, saying it would open our possibilities to doing things like trailers and intermission pieces.  So we started brainstorming ideas for the whole piece.  We decided we would do a parody of the first few minutes of Mad Max (with the obvious title choice “The Offroad Warrior”), shooting near my house in Mackinaw on some lonely dirt roads that have since been paved.  Sean as Mad Max was a quick choice.  He even had the leather jacket!  Daren came up with the trailer for Square Vs. Round, and we all worked on the script for the intermission piece, the commercial for Duke’s Off-Road Ranch.

This was the last video done without the video clips from the trips being integrated into the photo montage music videos.  So this one gets slow at times, but the segment with Sean and Fraser remounting Sean’s tire is priceless Sean hijinks, complete with bubba teeth.  Turn a camera on that guy and he is all party.

Random memories of the production:

Daren did a great job on the Winch Line Cinema logo, a dead-on knockoff of the New Line Cinema opener.  Daren also created the entire Square Vs. Round preview trailer, although due to a software incompatibility I had to re-create it from scratch in Avid.  I duplicated everything that he did, though.

All the shots in the open were done with a printout of frames from the original Mad Max open in hand.  We tried to duplicate each shot from the movie the best we could.

Daren designed the yellow sign seen in one of the first shots, a parody of one seen in the original Mad Max open.  10th Avenue is where you turn to get to Potawatomi Off-Road Park in Fulton, Missouri.  Daren also gave it the authentic aging by rubbing dirt and grease onto the print.  We made two signs just in case; Matt Brown won one of them at the annual banquet and the other is hanging in my garage.

Several people drove by while we were shooting and wondered what the hell we were doing, including some nearby residents.  One couple offered to let us drive around in their yard if we needed to.

It was very windy on the November day we shot the open.  Nearly all the natural sound recorded by the camera the day we shot was useless because of the wind noise.  Almost all the sound you hear was dubbed in during editing, including the footsteps on the gravel (recorded in my driveway and edited in one by one) and Sean’s voice.

The CB chatter coming from the Jeep was dubbed in later with actual conversations lifted from tapes taken on the trips, mostly Fulton and Rockport.  The later CB stuff was taken from the movie soundtrack, along with the music.

The sound of the Jeep starting up before it drives away, as well as all the engine noise you hear, was in fact the actual audio from Mad Max’s interceptor (a 70’s Ford Falcon XB with a 351 Windsor V-8).  The AMC 258 never sounded that good.

It was difficult to get the Jeep to spin the tires on takeoff, especially with 3.31 gears and the anemic inline-6.  If you watch carefully you can see that Sean holds the brake on while giving it gas to get the rear tires to spin a little.  The squealing sound and sirens were from the original movie.

Staging and shooting the mock collision took a few passes, and I had to traipse out into the middle of a corn field to get the side shot of the two Jeeps headed towards each other.  At one point I left the tripod lying on the side of the road, and I told Daren to drive to the other end of the road.  I had forgotten I left the tripod right in front of his Jeep, and he promptly ran it over when he took off.  It has since been repaired and used in all the subsequent MIJC videos.

As you’re well aware from watching the credits, Sean took more than 18 takes to get that simple run-up after the explosion.  It was hilarious watching him try, and at one point we had to have Jon and Daren turn their backs so that they’d stop making Sean laugh.  Daren, Jon and I all donned the jacket and took a turn after Sean finally got a good one recorded.

Daren edited “Hold On Loosely” and I did the other music videos.  To this day, “Slow Ride” is one of my all-time favorite videos I have edited.  Because the long version of Slow Ride is over 8 minutes, I had to cut it down to under 5.  There are 5-6 edits in the music, although they are hard to detect unless you know the song very well.

The Duke’s commercial was voiced by Bob Jacobs from Bradley University.  Bob also did the “Postcard from home” piece about the club that aired on WEEK.  The logo for Duke’s is actually taken from the logo for Pizza King in Attica, Indiana.  The dated-looking logo at the start and end is partially lifted from the old Rick’s TV & Appliance ads that aired years ago in Peoria.  Daren did the custom design and animation for both logos.  The clip of Jon saying “What?” when he’s introduced as a tour guide still makes me laugh.

I don’t remember who came up with the whole “Culver’s/Culverts” joke, but we purposely shot the setup for it during one of the cruise-ins late in the summer.  I captioned the video since it was hard to hear what people were saying.  Once there was snow on the ground we went out to Metamora and shot at the Culverts place with Jon wearing the same outfit.  I remember that the person who lived across the street watched us very closely as we shot it.  We got a couple takes in the can and got outta there.  Jon’s line (“I’ll give them another 10 minutes…”) is a nod to the very last line in Airplane, the movie.

That’s about all I can remember.  Enjoy the movie. 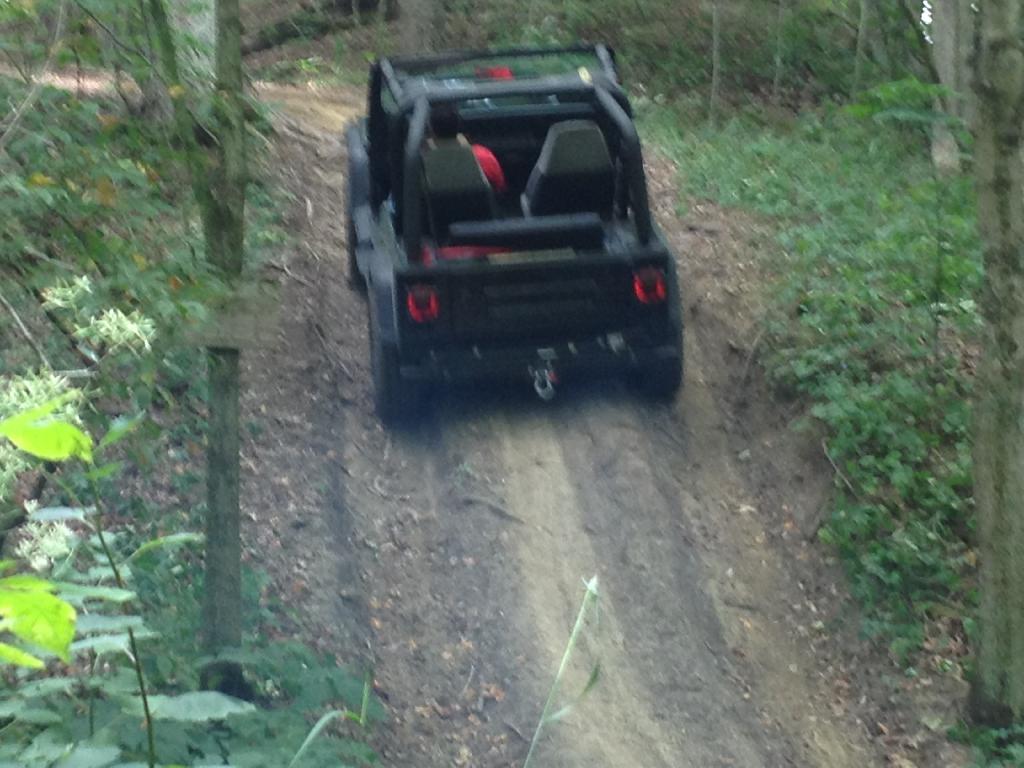