Although the 2010 video was put together a bit late (I believe we started in December, mostly because Jon was busy getting married), this one turned out pretty good.  It was a spoof on the popular Discovery Channel TV series “Mythbusters”, in which two guys attempt to “bust” (or prove) popular myths and sayings.  It’s something easily adapted to Jeep culture.  The narrator is the same person we’ve used for the last few years whenever we need a voice: my former student, Stephen Moellering.  Stephen is currently working for a video game company in the Chicago area.

Jon and Frank spinning around was done by building a small contraption out of an old wheel hub, the spare from my Wagoneer, and some scrap steel.  We brought the whole thing over to the television studio at Bradley and shot Jon and Frank spinning in front of a green background, and I later replaced the green with the blueprints.  The blueprints were something Frank found online and are the actual specifications for the Willys MB.  He added the MIJC logo and some other text (Drawing prepared by Mid-Illini Jeep Club for Entertainment Purposes Only) and I applied the paper-crumple look to it.  I actually applied two different paper-crumpling textures to the blueprint and flipped back and forth between them so it seems to dance around a bit.

The Jeepbusters logo was something we actually made.  Jon found a great deal on Craigslist on a used, broken plasma cutter (which he quickly fixed) and we cut out the lettering using that.  While cutting them out I shot all sorts of video of the letters and plate, even dropping them on the ground before we tacked them down to the background plate.  Once they were nailed down we shot the plate in many different locations around the garage… the drill press, covering it with sawdust, melting ice from it, lighting it on fire, anything we could think of.  These made great bumpers very much in the style of Mythbusters.  We also made “plausible” and “busted” cutouts as well.

The blueprint drawings were done by Daren Cordell.  We had a rough idea of what we wanted to be drawn for each myth and he did a great job drawing cartoons for each one.  It was done on blue wrapping paper with a silver sharpie, but when I got it into the computer I found it very hard to read, so I had to apply some effects to the video to make the drawings pop out a bit more.

Shooting locations included my garage (this was “home base”), chosen for the shelves full of tubs and junk similar to what they have at M5 Industries, where Mythbusters is shot.  We also shot at Al & Kat Wallace’s house in Pekin, Justin Hartzell’s dad’s house in Mackinaw, Frank’s house in East Peoria, all over downtown Peoria for Frank’s driveby shots, and Jon’s work out in Morton.

Frank wrote the bulk of the script… although much of Mythbusters is NOT scripted, we had specific outcomes that were planned so we had everything pretty-well planned out.  Frank, Jon and I all contributed ideas for the myths, and we did make some minor changes during shooting, but Frank gets the credit for the script.

We also inserted a number of references to The Blues Brothers production from 2009.  The whole scene where Frank and Jon get pulled over is lifted from the movie (and was originally one we wanted to include in our MIJC version but we ran out of time), and Frank even drives past the same Dooley Brothers building when we’re experimenting with whether Jeeps get you chicks.

Incidentally, the scene where Frank and Jon get pulled over was entirely shot by those two guys without me, using a small flip-style camera.  Often they did not have anyone running the camera, and it was just set up on a tripod.  I was impressed at what they came up with, and it would have been impossible to do without Justin’s dad, who is the police chief in Mackinaw.  The only problem they had was that they forgot to turn on the mic for one of the lines, so I had to dub it in later with my own voice.  It sticks out a bit but it’s the best we could do.

The scenes with Frank driving around Peoria were fun to shoot, although it was definitely cold outside.  Frank was sick as a dog that day, but he toughed through it (only taking one little, um, break) and we got everything shot.

Jon’s mom did a great job memorizing and performing lines that made zero sense to her.  Those scenes still make me laugh.  The “are you coming to help move Jonathan’s things out of my house” line was something we thought of the day we were shooting.

One of the last things we shot was cramming the potatoes into Tom’s tailpipe, which we did on a pretty cold day.  I can’t remember if we had shot other things that day, or if I had forgotten to charge one of the batteries, or if they just got left out in the cold, but we could not get the camera to fire up that day.  We ended up having to plug in the charger and wait for about 45 minutes to get enough charge to shoot the scene.  The cable to run the camera via AC power had been lost, so this was our only option.  I’ve since made a new cable so that’s no longer a problem, and I also started putting chemical handwarmer packets on the batteries to keep them warm when we’re shooting outside.

It should be noted that this is the first MIJC production to be shot in high definition.  It is still shot on tape, a format called HDV.  For any tech geeks out there, it’s shot in 720p.  Full screen mode is best when watching in HD. 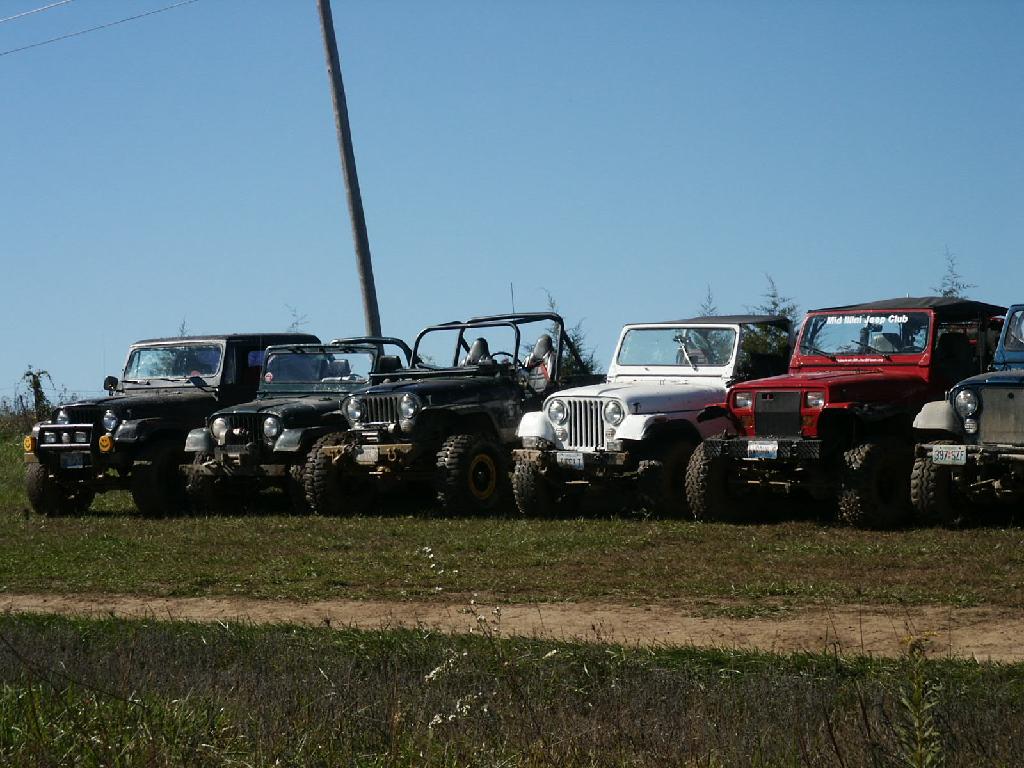